Closing remarks and the vote of thanks was given by Maldivian participant Mrs. Shehenaz Rasheed to share her experiences about the project. Honorable chief guest expressed his interest in programs like Globus Project to empower youth and said that given the opportunity him and his Ministry would give support to run the programs. After the inaugural event and a tea break the workshops began as two parallel sessions.

Mr Matjaz had a workshop for the new local members on startups and Artificial Intelligence, which continued for two days, while the rest of the participants of the group joined project leader Miran Kojc to recap and reflect on the program thus far.

From the 15 th of April to 18 th April workshops were held every day mixed with cultural experiences, workshopson local cuisine, visit to best practice businesses and exposure to island life at Maafushi where participants were introduced by Mr. Abdul Wahab to guest house tourism. At workshops, Simona covered techniques to create a Youth Pass certificates for the old project participants, and Matjaz covered subjects such as Technological advances and future of work for Tourism Industry, and artificial intelligence and its impacts for the new participants and tourism industry executives in one island.

On 16 th April, we had a workshop and evaluation of the whole project followed by more workshops. Also project Leader Mr.Miran, Dr.Mariyam Shakeela and Mr.Harold had a meeting with Minister of Information and technology Mr.Maleeh Jaleel after that we headed for the fishing trip later that night local dinner cooked by Aminath Zaeema (Fiona), one of our participants from Maldives. A grand dinner hosted by Addu Women’s Association. 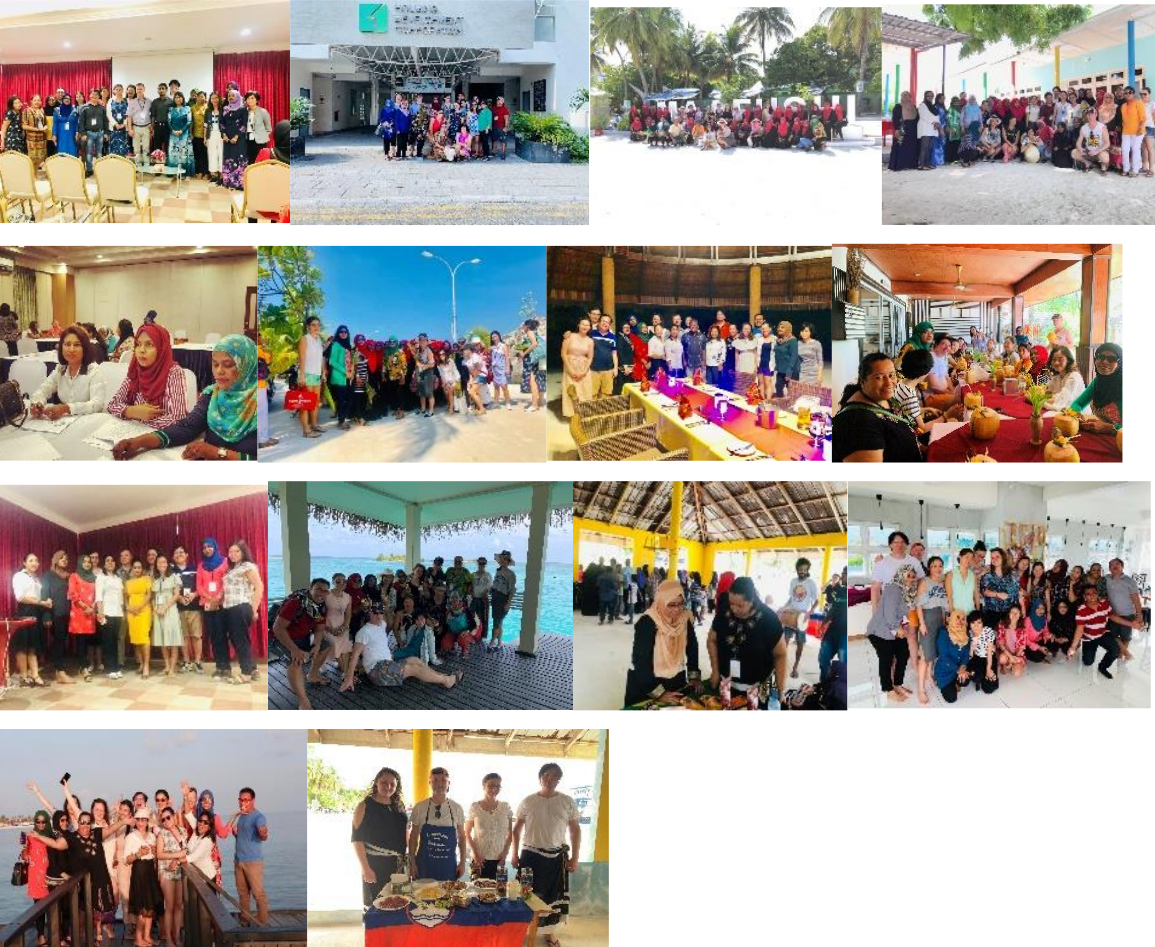